This January, The Legian Seminyak, Bali’s signature Four Hands Dinner series will play host to Gilles Marx, chef and founder of Jakarta’s renowned French fine dining establishment, AMUZ. Chef Gilles based his culinary creations on finding the best produce and preparing it with respect by experienced chefs using traditional as well as modern French techniques. Paired with Michelin-starred Chef Stéphane Gortina’s contemporary cuisine with a twist of Asian flavors, the duo will take you on an epicurean journey featuring a collaborative six course menu of each chef’s signature dishes. 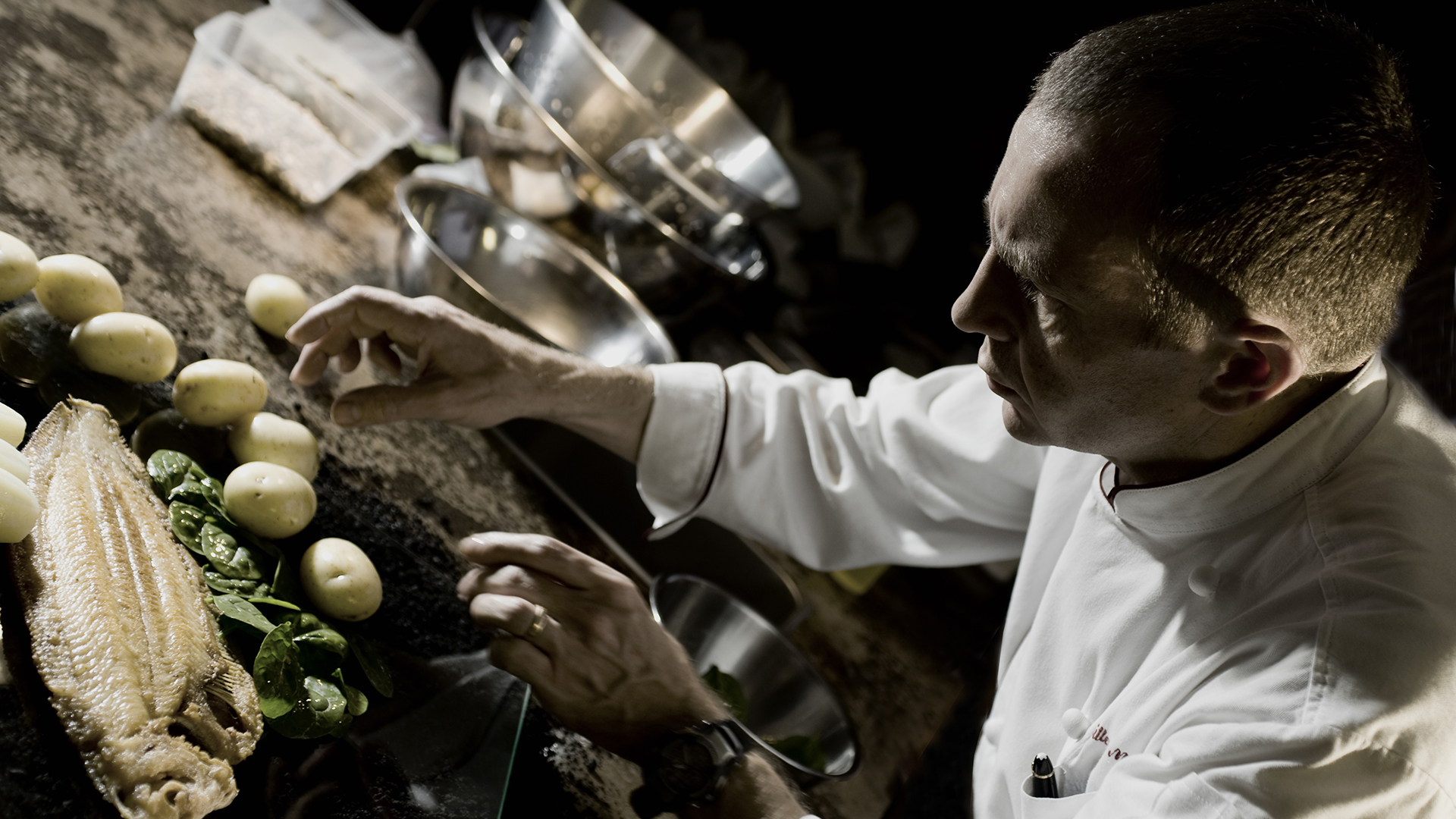 Raised in the countryside of Alsace, France, Gilles Marx has always been attracted to the world of culinary. It was his fascination of fresh and natural farm products that later inspired him to explore the vast world of gastronomy. Having worked at a succession of restaurants during his teenage years, Gilles Marx knew that being a professional chef – one that is driven by the quality of food and service provided to his customers – is his calling.
Chef Gilles expressed his deep passion for French Cuisine and Lifestyle and is always honored to do so by carefully selecting a mixture of ingredients from markets around the world and the Indonesian archipelago. Despite having more than 30 years of experience, Chef Gilles Marx kept on thriving for a higher standard of excellence. Since its opening back in 2010, AMUZ has won numerous acknowledgements such as Best Independent Restaurant of the Year in Hospitality Asia Platinum Awards 2016-2018 and Continent Winner as Fine Dining Cuisine in World Luxury Restaurant Awards 2018, to name a few. Accolades have also been awarded to Chef Gilles for his work, such as 2018 Maitres Cuisiniers de France.
Not only is he a seasoned chef, Chef Gilles Marx also oversees Artoz Bar & Lounge – a whisky, cognac & cigars bar that sets a new standard in the Jakarta bar scene with its whisky & cognac collection that is known to be the largest in Jakarta.

Stéphane Gortina began his culinary career in France, his native country, and has since worked in various Michelin-starred restaurants including, Moulin de l’Abbaye in Brantôme and Restaurant Michel Chabran in Pont-de-l’Isère. He then moved on to join one of the most celebrated chefs in the world, Chef Alain Ducasse, with whom he worked at the renowned Le Louis XV at l’Hôtel de Paris in Monaco and later moved to Alain Ducasse’s restaurants in Japan, Russia, UK, Qatar and Mauritius, where he gained valuable resort experience at the renowned Le Saint Géran. Most recently, Gortina has worked as Executive Chef at the Michelin-star Restaurant Rech by Alain Ducasse in the Intercontinental Hong Kong, where he has been the past five years.
Taking The Legian Seminyak, Bali kitchen’s helm in April 2019, Stéphane currently oversees all culinary aspects of the property’s eclectic food and beverage venues, comprising of The Restaurant, The Pool Bar, The Ocean Champagne Bar, The Lobby Lounge, In-Room Dining, and The Club Lounge. His menu creations are an enticing fusion of European and Southeast Asian flavours, using the finest local, organic Balinese ingredients cooked using modern French techniques.

Reservation and Enquiries
To make a reservation or for further enquiries about this event, please call (+62) 361 730 622 or email the F&B team at fb@thelegianbali.com. You may also make a direct reservation/enquiry by clicking ‘Reserve a Table’ tab below.